While reading through the works of Richard Hooker today, I had the good fortune to come across an obscure and forgotten treatise where he attacks the form of “biblical” approach to psychology and counseling that has in our own era been advocated by Jay Adams and the “nouthetic counseling” movement. He also defends other Christian approaches to psychology and counseling against the false charge of being unbiblical or disdainful of Scripture.

Whether it is necessary that some particular form of Christian counseling be set down in Scripture, since the things belonging to such a form are not necessary for salvation 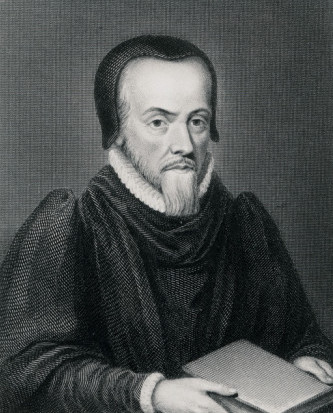 Therefore, since our opponents say that no form of Christian counseling is lawful, or of God, unless God has set it down in Scripture, I cannot help but ask whether they mean set down in Scripture in whole or in part. If they say in whole, I challenge them to show any form of counseling that ever was so set down. They will not dare to claim that their own is indeed comprehensively laid out in Scripture, nor will they deny that even ours, which they so detest, is at least in part taken from Scripture. I must also ask whether, when they speak of a psychology “taken from Scripture,” do they mean explicitly and specifically set down there, or simply that the general principles and rules can be found in Scripture? They cannot pretend the former, since not every part of their own approach is spelled out in Scripture; and as for the latter, if this is all they mean, they can hardly object against other forms of counseling! After all, such general principles do not prescribe any one particular form of counseling, but allow for many different sorts which may all embody these principles in different ways.

However, let us cut them some slack and try to give their objections as fair a hearing as possible, when they earnestly oppose other Christians who deny that we need to find a complete form of Christian counseling in Scripture. We have already established that matters of faith and salvation are in a completely different category than matters having to do with psychology, Christian behavior, and approaches to Christian counseling. The former are necessarily contained in the word of God, either explicitly or by clear deduction; the latter are not. We may not accept anything in the former category unless it is found in Scripture, but we may accept anything in the latter unless it is denied in Scripture. Although I do not see any just or reasonable cause for questioning this distinction, it is hard to satisfy minds that are so brainsick in their errors that they always find something to take issue with. We are here rebuked for two things: first for failing to rightly distinguish (since they say that matters of psychology and Christian counseling are “matters necessary to salvation and of faith,” while we distinguish them) and second for demeaning Scripture as if it contained only “the principal points of religion, some crude and unfashioned manner of building up souls, but had left out that which belongs to the form and fashion of it; as if there were in the Scriptures only enough to cover the bare bones of the Christian life; enough to quench the thirst of the Christian’s soul, to kill his hunger, but not to provide a more liberal, and (as it were) a more delicious and dainty diet.” If this is all they have to say, our response will be an easy one.

Matters of psychology and counseling are different from matters of Faith and Salvation, and even our opponents teach this

To lump together in speech things which are different in reality is the mother of all error. To remove all confusions which give birth to errors, it is necessary to distinguish, and to rightly distinguish, the mind must sever things of different natures and discern how they are different. If we imagine a difference where there is none because we distinguish where we ought not to, we obviously misdistinguish. The only way to know whether we are committing this error is by comparing our conceptions with the nature of things as they actually are.

We learn what the Christian is obligated to know or do partly from nature. But Nature teaches this only incompletely—neither as fully nor as clearly as we need in order to have knowledge sufficient for salvation. Therefore, God has revealed in Scripture that which we need for salvation and could never know without supernatural revelation, and also restated more clearly the most important truths that nature teaches. So then Scripture contains all that is needful for the Christian, and even the chief of those things that are not needful. We all teach that whatever is said to be necessary for salvation—whatever all men must know or do to be saved, so that to not believe or not do it is eternal death and damnation, such as the articles of the Christian faith and the sacraments of the Church—these things must be contained in Scripture for God’s church to be able to measure the length and breadth of the way in which she must walk. But unlike them we also teach that those things which are mere aids to sanctification may be changed, just as a gravel path, if it is then paved with stone, still remains the same path. Since discretion may teach the Church what is beneficial in these matters, Scripture here only binds the church in this sense: that whatever it forbids, the church must not permit, lest the path which should always be clear become overgrown with brambles and thorns.

It is no insult to nature to say, as Plato and Aristotle have, that she provides all living creatures with sufficient nourishment and that she brings forth no kind of creature who needs that which she cannot provide, even if we do not so magnify her bounty as to say she brings sons of men into the world adorned with dazzling attire or that she makes costly buildings to spring up out of the earth for them. In the same way, to say that Scripture leaves some things to Christian prudence in no way diminishes the perfection of Scripture and the honor due to it. All we are saying is that Scripture must teach the Church whatever is necessary for salvation, and it is no disgrace for Scripture to leave some things at the Church’s liberty, just as nature has left it to men to design his own attire, instead of providing coverings for them as it does for the beasts of the field. Therefore let them show where it is that we say, as they accuse us, that Scripture contains no more than the bare essentials. We admit that infinite treasures of wisdom are found in it, including for particular application to the myriad circumstances of life, and indeed that there is scarcely any noble branch of knowledge worthy of study to which it does not give direction and light. Not only that, but even in the disputed matter of Christian psychology, although Scripture not prescribe a particular form of counseling, it gives many general precepts for how to counsel rightly, and many examples of good counseling even in particulars; indeed, that it even contains those things which are of principal weight in determining the particular form of Christian counseling. If we so willingly grant all this, why do they accuse us of so narrowing the scope of Scripture that it can only direct us in the principal points of our religion, or as if Scripture gave us only a rough and unfinished framework of the Church and left out everything pertaining to its form and fashion? Let such accusers judge in their consciences whether this accusation be deserved.

Note: The foregoing, of course, is not pure Hooker, but it is very close. I have taken sections of Book III, ch. 2, sections 2-4 of his Laws of Ecclesiastical Polity, in the modernized “translation” the Davenant Institute is preparing, and swapped out a few words or phrases to change the topic from church government to Christian counseling. Hooker, had he lived today, would no doubt approve of this application.